Five things to know about the Northwestern alumnus who performed at Trump's Inaugural Ball
By Milan Polk
1:05 p.m. Jan. 20 2017 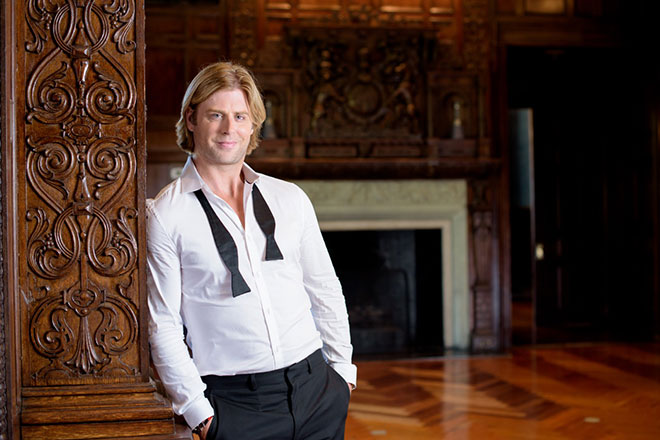 At Northwestern, Davidson appeared in school productions, notably in Grease as Danny Zuko and Titanic as Barrett.

2. He has sung for Trump before.

In March 2016, Davidson sang for Trump and future Secretary of Housing and Urban Development pick Dr. Ben Carson at Trump’s Mar-a-Lago club in Palm Beach, Florida, in March 2016. The two men looked uncomfortable about being serenaded, according to Fox News, but Davidson says both Trump and Carson enjoyed it.

3. He also sang for Mitt Romney.

During Romney’s 2012 Republican presidential campaign, Davidson was both a surrogate and singer for the politician.

4. He’s known for his TV appearances in addition to his singing.

Davidson has had small roles on The Bold and the Beautiful, Days Of Our Lives and Gilmore Girls.

5. He’s been nominated for two regional Emmys for his song "Blessed."

Davidson is also a judge for the Daytime Emmy Awards.