Chances are, if you’ve opened either Snapchat or Twitter in the past two weeks, you would know about the new, earth-shattering application update that Snapchat just dropped. Some of the many changes Snapchat made have been positive for users, but for the most part, there has been an uproar over the reduction of user-friendliness of the app.

For example, while the old Snapchat layout featured Snapchat Stories isolated all together in an organized, chronological page that allowed you to search for the updates alphabetically, the new Snapchat is much less straightforward. The Stories are now all jumbled in with incoming personal snapchats in the same single feed. If this isn’t enough confusion, the new all-encompassing feed is also home to a lot of overstimulation. The page features each user’s Bitmoji next to their name, as well as the amount of time since your last interaction. I don’t know about all of you, but looking through this page is a cause for a headache for me. 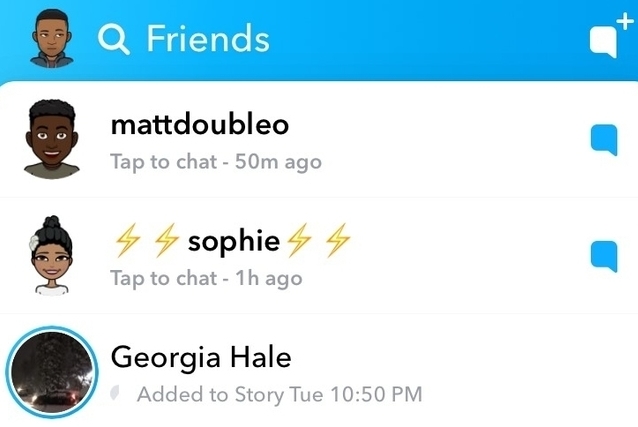 Luckily, though, I don’t have to look at this busy screen every time I want to continue a streak. As soon as I heard about the new, problematic Snapchat update, I immediately disabled my automatic updates and saved myself some confusion, sadness and anger. Unfortunately, according to my “finsta” poll, I am in the minority. Around 85% of my friends have downloaded the new update, either on purpose or by accident.

I’m not the only one who doesn’t want to see the new update on my screen. Even celebrities can’t hide their rage towards Snapchat for pushing its questionable agenda into their lives. Kylie Jenner “doesn’t know how she feels about it.” Chrissy Teigen wonders, “How many people have to hate an update for it to be reconsidered?” Even Jimmy John’s expressed its disapproval of the update.

Of course, we do live in a modern, technological democracy. Twitter immediately expressed its discontent for the update, and “Snapchat Update” was trending the night that it dropped. Dozens of people have communicated with Snapchat’s social media team and made a deal that if they get 50,000 retweets, the company would have to reverse the app. The retweets have come in, but so far, no change. A Change.org petition entitled “Remove the new Snapchat Update” has been signed by 1,209,891 angry Snapchatters, and counting by the minute.

Weinberg sophomore Jono Zarrilli was a victim of the automatic update.

“I’m not too big a fan, they were moving away from catering to the customer which they’ve done for their whole existence,” Zarrilli said. “Outside of that, I think it’s super annoying to have stories mixed with your other snapchats. I just think it’s pretty poorly designed.”

Medill freshman Jonathan Perry is wary, but a little bit more forgiving when it comes to the new features on Snapchat.

“I don’t like it because before, the stories and the messages were separate and now they’re together and it’s been the other way for a long time. I just think it’s unfamiliar,” Perry said. “At first, I didn’t like it that much but now I’m more used to it.”

Snapchat did justify its actions by saying that the reason it moved Snapchat stories to a comprehensive page was to take it away from advertisements, journalism, celebrities and professional content. Just speaking from my own perspective, I think they were separate enough before: you still had to swipe to see the Discover page. But that’s just my unprofessional opinion.

Also, I liked seeing Kylie Jenner’s and DJ Khaled’s snapchat stories among my friends’ stories. It made me feel like they were my friends. On Feb. 15, however, Snapchat CEO Evan Spiegel said, “they’re not your friend.” Well, there you have it.

Maybe in the near future, the worldwide disapproval will make waves in Snapchat’s decision-making and cause them to reverse the update. But, until then, I’m going to guard my vintage Snapchat with my life.